Ray Charles touring with The Cookies and Gene Allison.

In February 1958 Ray Charles makes it official – taking The Cookies on the road with his touring show and renaming them The Raelet[te]s. Margie Hendricks and Pat Lyles go with Charles full time. Margie Hendricks explained the name change in an October 1961 interview (Jazz Hot, No 17, Nov. 1961): “Since we became an integrated part of Ray Charles’ orchestra, it would have been perfectly stupid to continue using the ‘Cookies’ name. On a nice morning Ray tackled the problem, and came to the conclusion that only two names were possible: the ‘Silver Bells’ or the ‘Raelet[te]s’. I immediately rejected the ‘Silver Bells’ – that name appeared ridiculous to me. And that’s how we called ourselves the Raelet[te]s.
We’ve never been [called] the ‘Raylettes’: that name would be an error. In American [English] Ray is [a name] for men, and Rae is for the ladies.”
(The girls who continued as The Cookies were Ethel (Darlene) McCrea, Dorothy Jones, and Dorothy Ross).

Around October Margie takes a few months off to give birth to her son; she is replaced by Mae Mosely-Lyles.

In February a possible Raelettes gig-without-Ray at the Apollo in New York.

At a concert in Bristol Margie and Darlene don’t appear on stage, due to an “indisposition”. Soon (or right?) after this incident the girls broke away.

From 23 to 29 April 1965 Margie Hendricks has a solo booking at the Apollo in New York, but is still backed up by the other Raelettes (source: New York Amsterdam News, April 24, 1965).

The Philadelphia Tribune of May 22 reported that the “girls wanted to leave and establish an independent singing group. […] Margie Hendrix […] is leader of the new group which calls itself ‘Margie Hendrix and the Melodies, formerly the Raelets'”.

After the release of One Hurt, the Raelettes were hired for a ten-day stint at Ciro’s, Sunset Boulevard’s famous and fashionable nitery.

In the Summer of ’68 Rita Graham’s Vibrations album was “[…] the ‘straw that broke the camel’s back’ for The Raelettes. They all quit one night while the show was booked into L.A.’s Premiere night club, the Coconut Grove in the Ambassador Hotel. The next morning after I had been at the Grove, ‘glowing’ to everyone about my album that Ray Charles had produced, R.C. called me and asked me to be at his office in the Washington Boulevard RPM Studios within the hour. Two other girls there, Beverly Lesure and Susaye Green and I, made up the new (Instant) Raelettes. That night, we were standing on the stage of the Grove, and I was a nervous wreck. Unlike the other girls, I’d had no experience with harmony and group singing, because I’d never been a church singer and I’d never been with any singing group, except for solo work with a professional choir when I was eleven”.

After that San Francisco, with the new Raelettes.
From there to Sugar Shack in Boston.

The Raelettes independently fill a 16-week stand from January to mid April at the Camino Real Hotel in Mexico City (Ray only joins them briefly at the end of February to receive an award).

Dorothy Berry making her debut on October 10 in Milan, flown in to replace Estella Yarbrough (“because of ill health”). 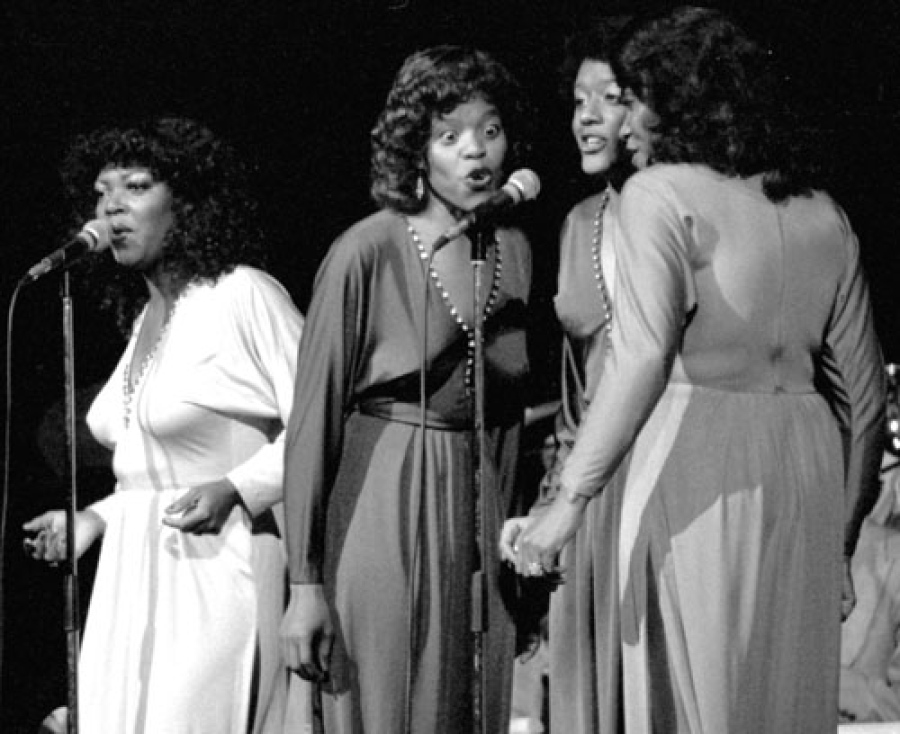