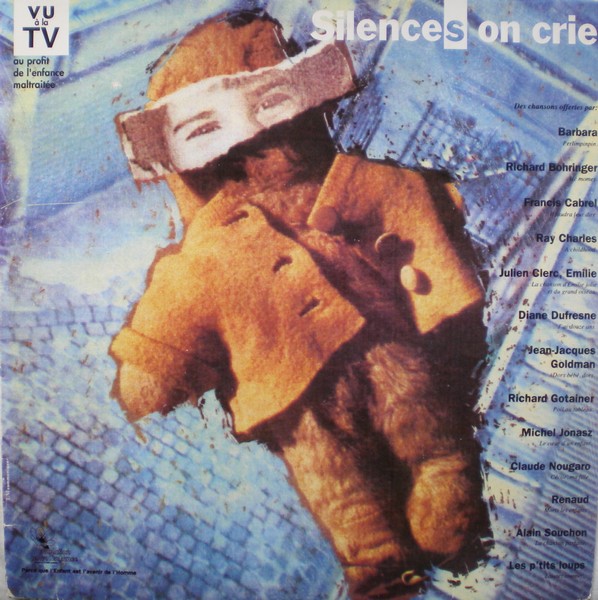 A Childhood was part of an album titled Silences On Crie, a fundraising vehicle for and released by the Fondation Pour L’Enfance, a French charity fighting against child abuse, in November 1989. Among the other artists contributing were Richard Bohringer, Francis Cabrel, Julien Clerc, Diane Dufresne, Goldman, Jonasz, Nougaro, Souchon, and Les P’tits Loups.
The 4:00 song was written by Anngregory, A[rlette]  Kotchounian, and M. Marciak (Ann Gregory is an alias used by Kotchounian, Ray’s French girl friend for many years), arranged by Sid Feller, and recorded at the RPM Studios in LA. (Audiotapes of a working session where Feller and Charles discussed and worked on the arrangement of the song has survived).
In some sources Kotchounian was also credited for being the conceptor and producer of the album. The “seen on tv” badge in the top left corner of the cover illustration suggests that the songs were either performed in a TV show, or that the album was promoted on TV through a PSA-ish campaign.