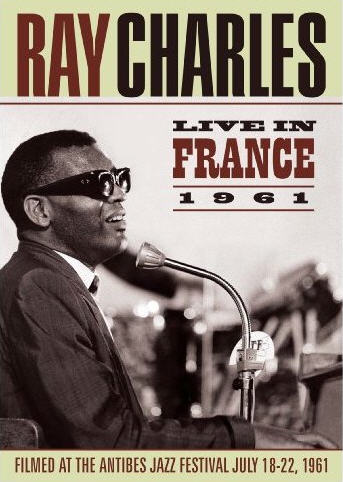 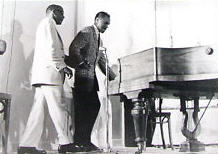 Good news #1: Reelin’ In The Years Productions To Represent Ina’s TV Music Footage Archive.  Readers of this blog must be aware that Ina, the French state TV’s archive, is by far the most important source for vintage Ray Charles footage in the world. Up till today most of their treasures were well hidden in their vaults, but they have recently contracted Reelin’ In The Years to represent their music footage. RITY is the world’s leader in placing music footage clips in movies, television, digital/online media, DVDs and CDs. They will no doubt find ways to give a new life to Ina’s precious content (cf. RITY’s brilliant, Grammy-nominated The American Folk Blues Festival 1962-1969 series, and their marvelous 30-DVD Jazz Icons series).

Good news #2: Eagle Rock Will Release DVD Ray Charles Live In France 1961 (announced for Oct. 24). My sources are sketchy and somewhat contradictory on a detail level (I think an earlier official press release has been taken off the web), but it seems a sure thing that one of the first results of the Ina/RITY co-operation is the release of a DVD with Ray Charles’ performances in Antibes, between 18 and 22 July 1961.

Since a few weeks the DVD is offered for pre-ordering at several websites, without giving much away about the precise contents. The announcement from this source, however, although the text is interrupted somewhere in the middle, suggests that the DVD’s content will be highly similar to the bootlegged DVD release that I have described here, surprisingly up to the level of the choice of the bonus tracks, but also that the second version of I Wonder – a track that was missing on the bootleg – may be part of this new release (hopefully, the same goes for the alternative rendition of Sticks And Stones).

I pray that this release’s liner notes will do better justice to the history and context of these concerts than, for instance, Concord’s recent extended CD-release of the 1964 concert at the Shrine Auditorium, which even had erratic song titles. The announced title (why “Live In France”, where “Live In Antibes” would be more accurate?) and some details in the information offered by the web shops that are currently handling pre-order sales (some speaking about two concerts) leave some room for concern. 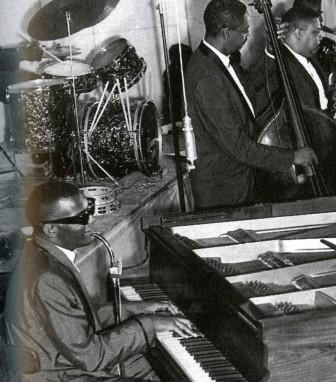