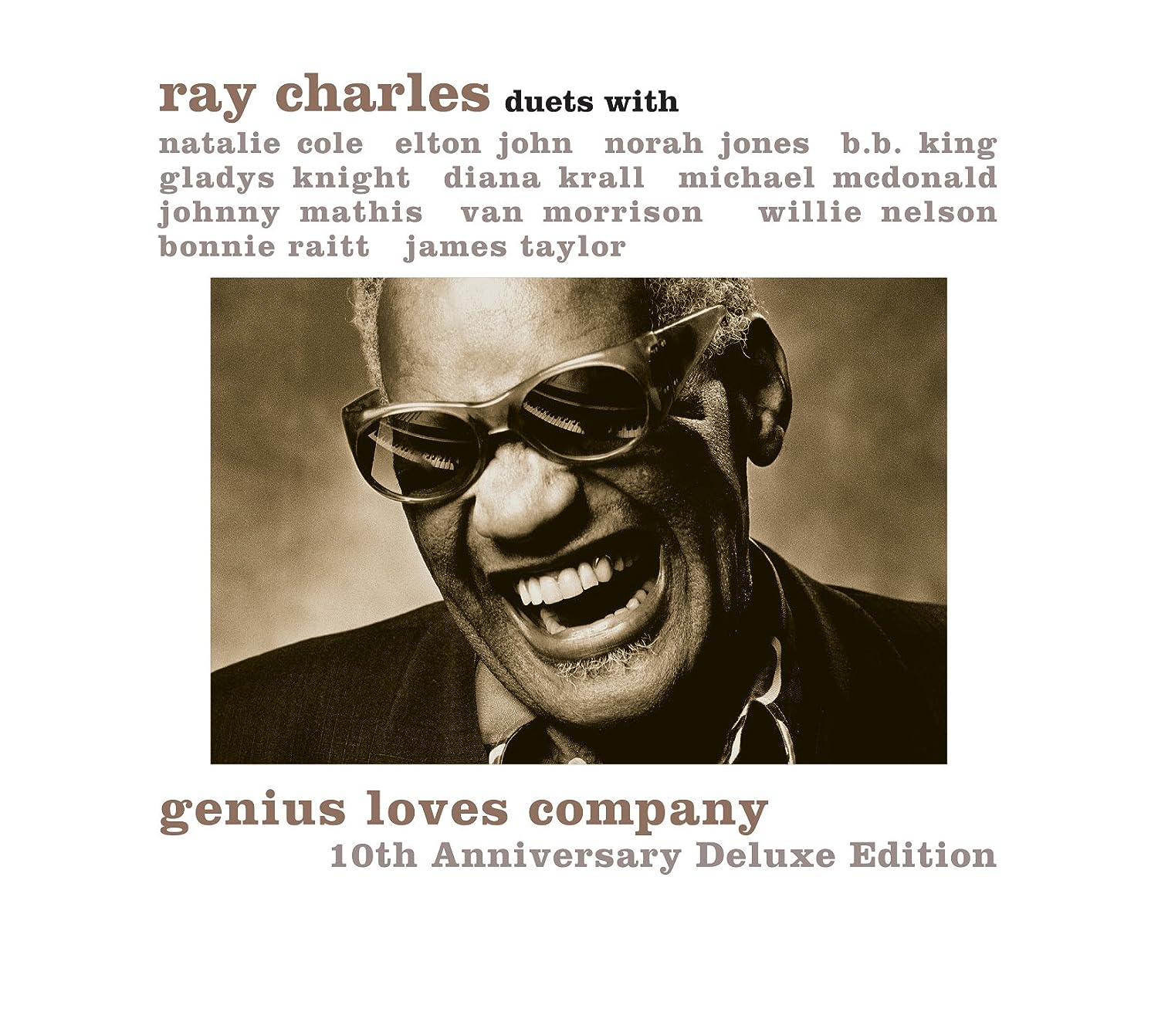 The 10th anniversary of the 2004 album Genius Loves Company will be celebrated with three deluxe reissues, in variant packages – one of them in (2-LP, 45RPM, 180-gram) vinyl* – and a 192/24 hi-res digital download-version. Another version is packaged with the film Ray; all packs will be including “interviews with guest artists from then and now”; and a “new expanded booklet with updated liner notes and photos”.
Just as in 2004, Starbucks will take care of distribution in the U.S.

* The press release also promises the buyers of the vinyl pack a download voucher for two bonus tracks, but it’s not clear if these are the known extra tracks that are part of all variants (including the 2004 pack), or if they are entirely new ‘give aways’.