If I Should Lose You (By Jimmy Scott, Ray Charles On Piano) 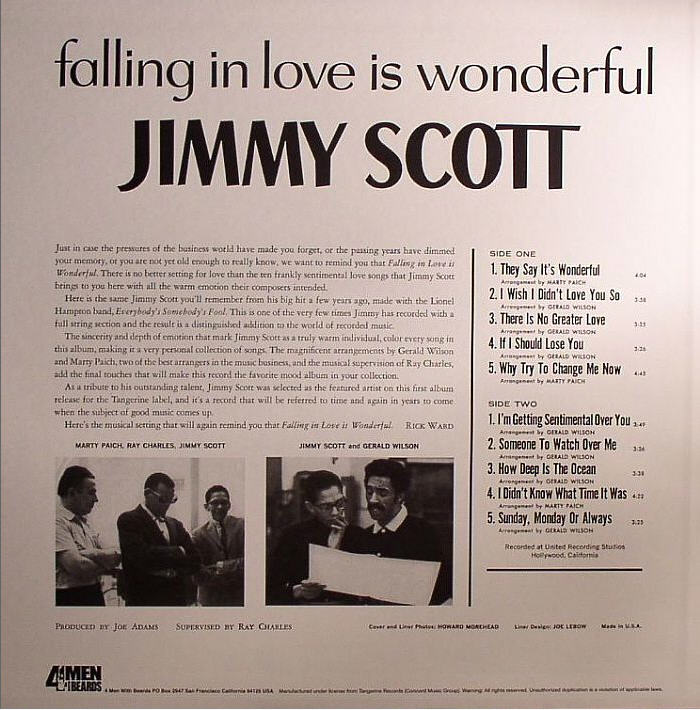 Recorded at the United Recordings Studios in Hollywood, in 1962.

As arranger Gerald Wilson told it in the liner notes to the 2003 reissue of the album, “Ray supervised, but he did so from the piano. He played on every track. And he made sure we wrote charts that gave his piano space. If you listen to the record carefully, it’s really a long and intimate conversation between Ray’s sensitive piano and Jimmy’s sensitive voice.”