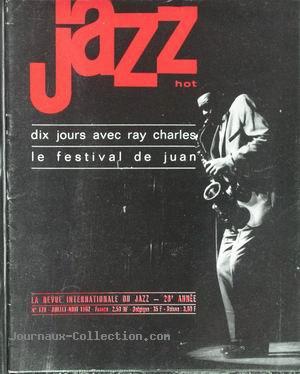 Jazz has been part of Antibes’ musical landscape since the mid 1920’s. The music was introduced to Antibes by the American artist and jazz music connoisseur Gerald Murphy and his visiting guests, such as F. Scott Fitzgerald.
During its second season, Juan’s new casino welcomed a troupe of Charleston dancers one evening. Captivated by the atmosphere of this crazy night, the Murphy’s organised a sumptuous private party which was to inspire Scott Fitzgerald’s most famous novel, Tender Is the Night, and the Murphy’s lifestyle in Antibes would serve as a model for his other masterpiece, Les Enfants du Jazz.
In 1928, Gerald left Antibes for Hollywood where the film maker King Vidor asked him to be his advisor for the shooting of Hallelujah, the first film played entirely by black actors and dedicated to their culture.
Jazz in Juan, at this period, remained carefree. As early as 1927, the Auberge du Pin Doré welcomed the Blue Lagoon Orchestra, and the following year, the inauguration of the Pré-Catelan took place to the sounds of Danny’s Jazz Band. In 1932, Juan celebrated the 250th anniversary of champagne and for this tribute to Dom Pérignon, the new club Maxim’s accommodated no less than three orchestras: jazz, tango and rumba.
Sidney Bechet married in Antibes in 1951 and organized one of the biggest street parties ever seen on the French Riviera. At the event that Picasso painted his famous La joie de vivre masterpiece. After Bechet’s death in 1959, the first Jazz à Juan was held to pay tribute to his talent and passion for jazz (the event was organized by Jacques Hébey and  Jacques Souplet). Since then, at the heart of the Pinède Gould, the longest-running European jazz festival, Jazz à Juan, takes place each summer.
The 1960 edition was the origin of a number of other festivals that spread throughout Europe (Claude Nobs, creator of the major European jazz event that we know as Montreux, said “If I hadn’t stopped by at Antibes, Montreux would not have existed”). It attracted many of the great names of the time, including Charles Mingus, Duke Ellington, Dizzy Gillespie and Ella Fitzgerald.
The following year, 1961, Ray Charles came for the first time. He came back (the story goes, but I fail to see the direct connection, BS;-) so many times that Juan les Pins was twinned with the “French Quarter” in New Orleans.

Ray Charles in France
Ray was immensely popular in France. Jazz Hot magazine started featuring him in 1959, followed him for 10 days in 1961, put him on the cover in 1961 and in 1962, and kept on featuring him closely until the end. 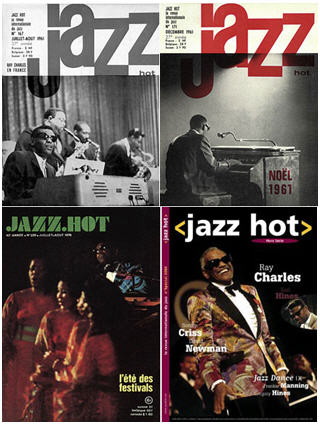