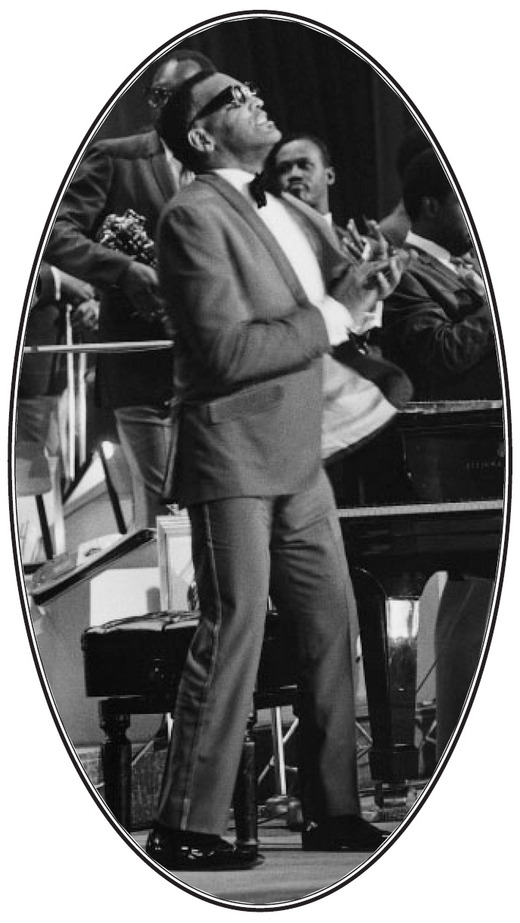 On 1, 2 and 4 October 1970  Ray Charles gave a total of six concerts at La Salle Pleyel in Paris.* Audio recordings of two shows have survived (see below). A third concert was the subject of a 4m15s news item by Gérard Duclos, broadcast by TF 1 on 3 October, covering Ray’s preparations for his walk-on (while the band played Sidewinder), a few interview fragments, plus a (partial, but quite good) performance of I’ve Got A Woman:

Of the late show on October 1, broadcast by radio station Europe-1, the after-intermission part has survived:

It’s a bit suspect that I Can’t Stop Loving You is not on this list; it may have been edited out by Europe-1. Show Me The Sunshine (#11) got an okay, somewhat de-countryfied, treatment. So far, I only knew the song from the 1970 album Love Country Style.
But the real spice was at the beginning. Ray and the Orchestra performed a splendid, up tempo version of Tears Inside (#1) with an amazing trumpet battle between (at least, that’s how it sounds to me) Blue Mitchell and Johnny Coles. This is first known recording of this Ornette Coleman composition by the Ray Charles band**.
Except for this tune (and maybe also for a little more than a minute of the Finale, where Brother Ray rendered some amazing falsetto scattin’ &  whoopin’), the concert was a rather uninspired routine performance. 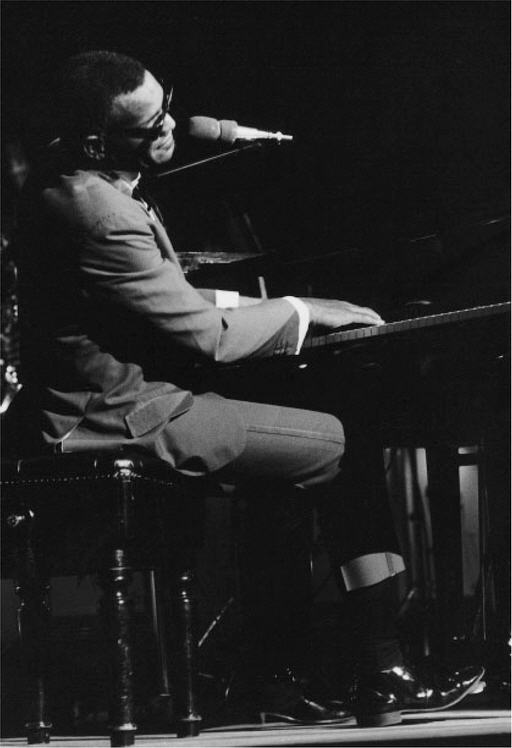 For a big part of the concert the orchestra sounded as if everyone was in a hurry. On a few tunes the sound of the band was dominated by the “Staxy” Hammond sounds of Truman Thomas.

Georgia (#4) was rendered in the old ‘flute arrangement’. The version of Yours (#3), from the I’m All Yours album (1968), is the earliest known live performance of this tune.
The Genius took all time necessary for a magnificent rendition of The Sun Died (#6). Just as in the audio embedded above, Truman’s organ playing provoked Charles to give I’ve Got A Woman (#7) an original, fast and driven, performance; in this version he even sang in an ‘unknown tongue’ at the end of the tune.
Regrettably, Ray decided to interrupt the instrumental Booty Butt (#9, a contemporary hit single in the U.S.) soon after the intro.

*This post replaces two earlier articles on the radio-broadcast concerts. **The tune was alsotaped the next year at two concerts in Paris, and one in Torino.