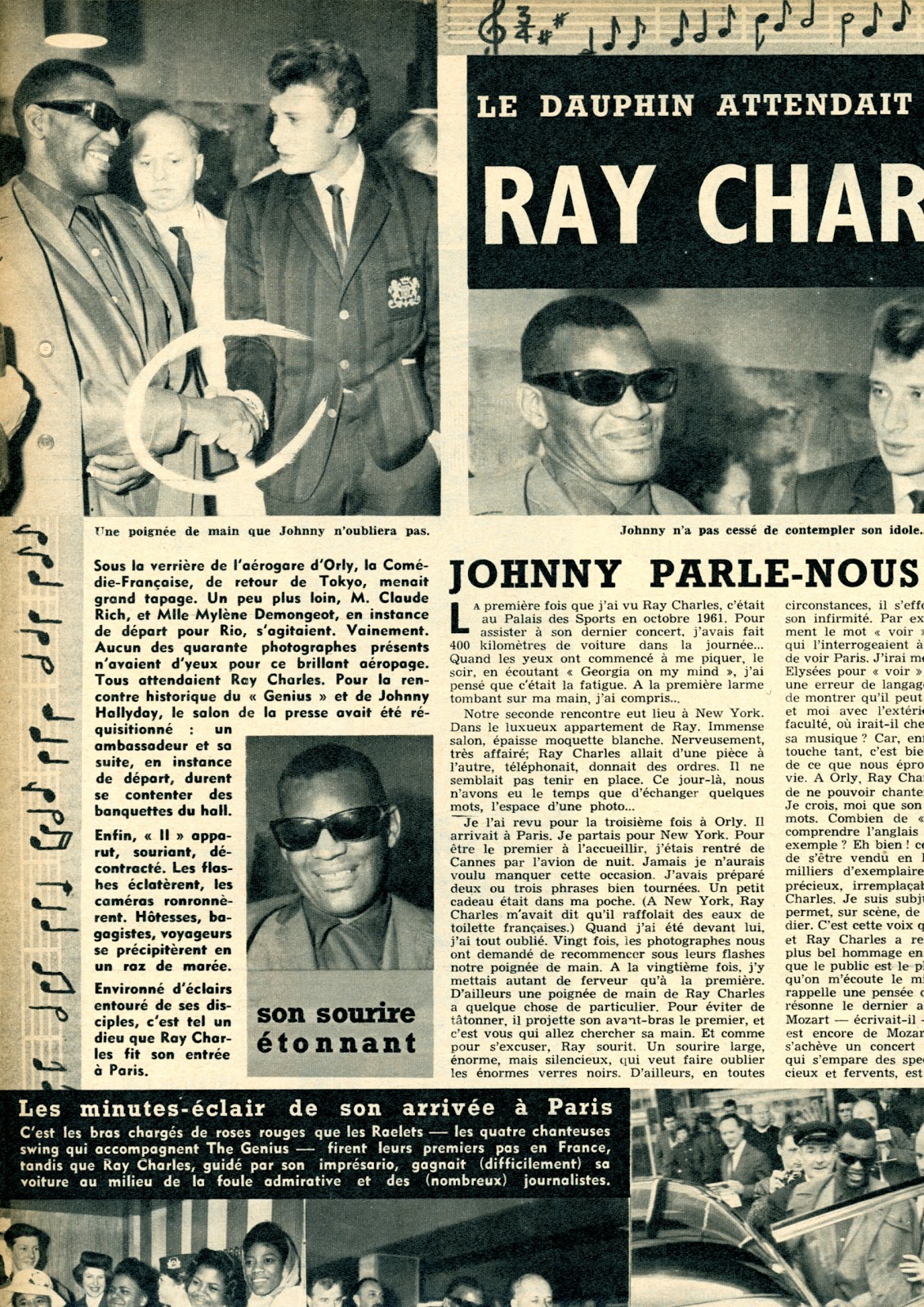 In 1961 his two triumphant concert series in France (first with his small big band inAntibes, then with his orchestra inParis) had given Ray Charles asemi-devine status in France. But when he returned to Paris on 17 May 1962 the word-of-mouth had done its work, and the “semi” was gone. The welcoming crowd of fans and journalist – headed by the local megastarJohnny Hallyday– at Orly Airport treated him “tel un dieu”, like a god.
You only have to see the article inCinémondeand the photos reproduced below – andhere,hereandhere– to understand the impact that his return made.

From the 17th to the 22nd the Ray Charles group performed another totally sold out and very well received concert series at l’Olympia in Paris. There is proof that the French radio was present to record some of these(read this article for an update).  – but the evidence so far is only one track long (a version ofLil’ Darlin’*). I wouldn’t be surprised if more tapings were stored in the vaults of Ina, or other archives.The set lists in Paris of course may have come close to theBerlin concertin March 1962. 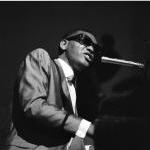