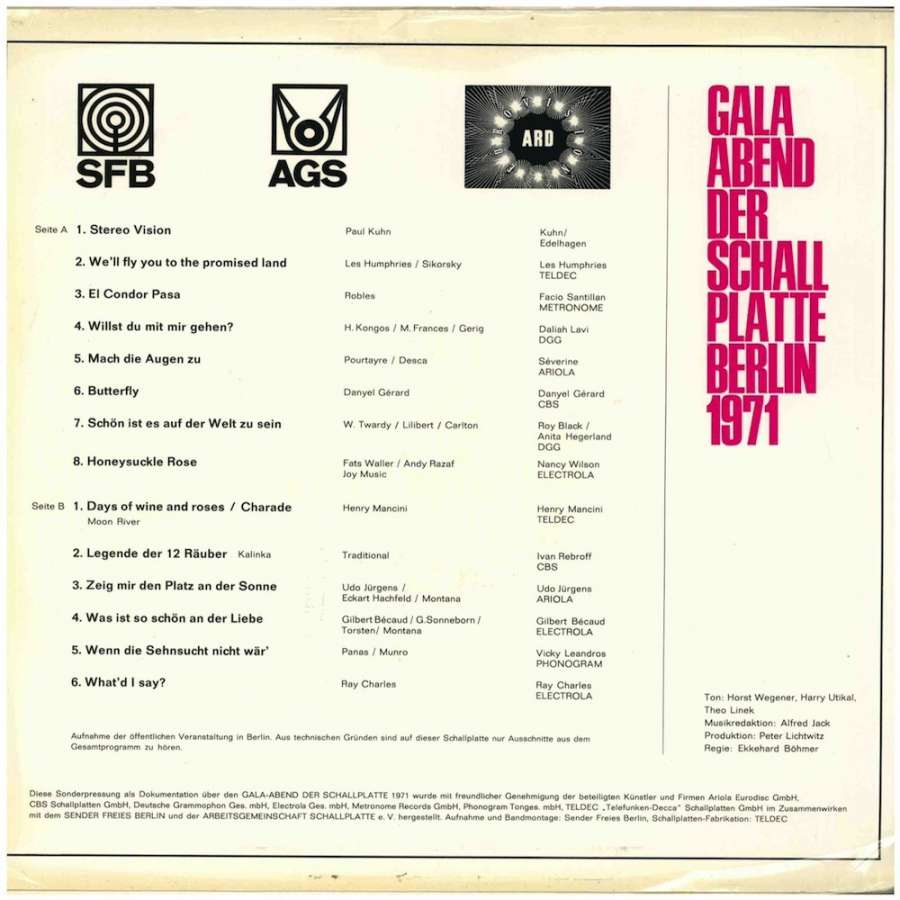 On August 28, 1971, Ray Charles performed What’d I Say, as the finale of the “Internationalen Starparade des Gala-Abends der Schallplatte”. He probably played with his own big band and The Raelettes.

Who knows more about any surviving TV footage of that show?

This article is based on findings by Joël Dufour.