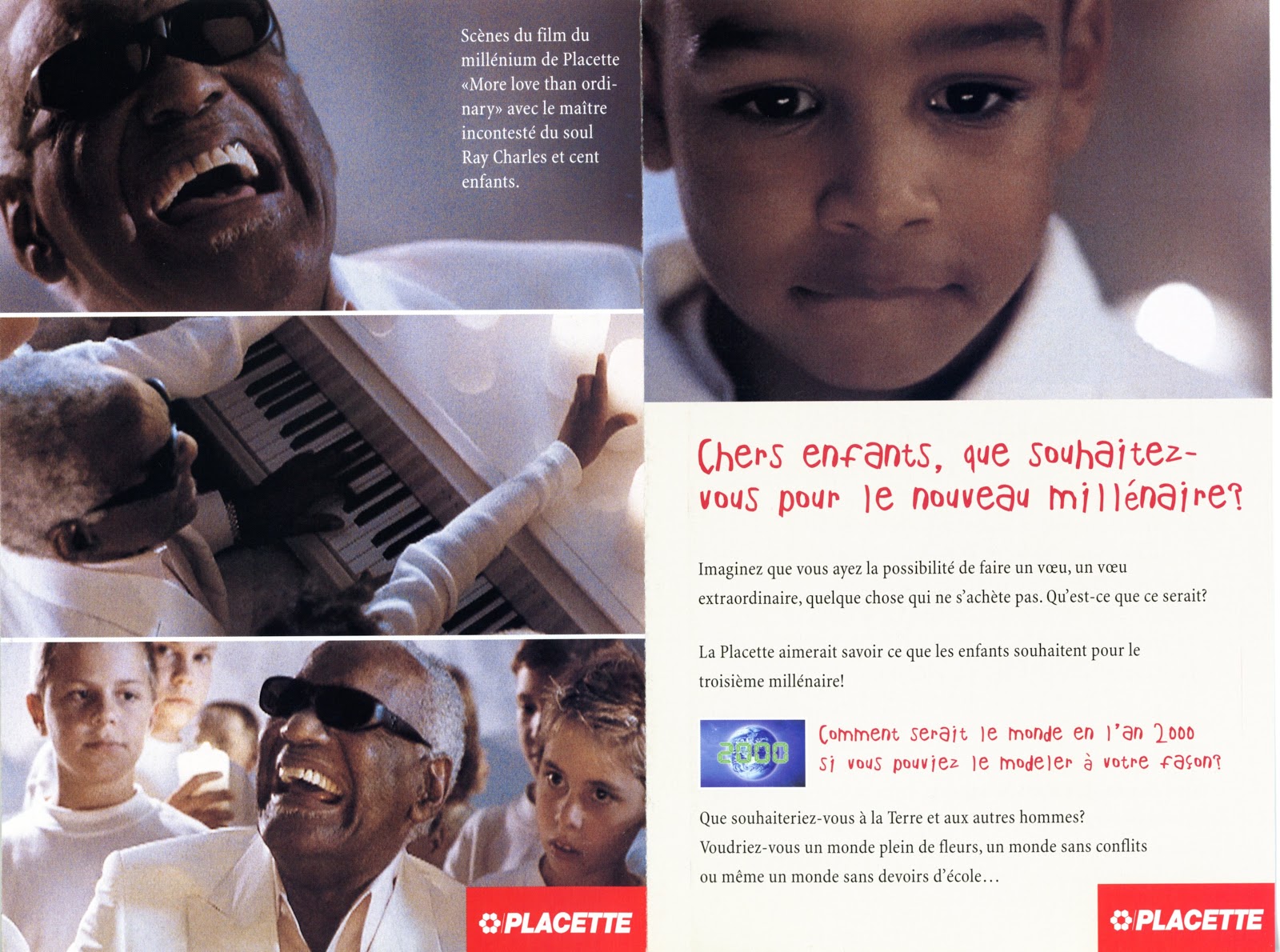 Groupe Manor is a Swiss retail group. In 1999 they broadcast a Millennium commercial. The agency was Frei. Partner. The production company was Wirz Fraefel Paal. The film was shot at Studio Primetime in Zürich; directed by Ernst Wirz, creative direction by Mäni Frei, Martin Furhrer held the camera.*
During the campaign period all Manor stores sold Christmas candles, with the proceeds (SSF 150,000) donated to the charity organization Swiss Solidarity.  There must have been more versions of the TV commercial with French and Italian (and maybe even Rhaeto-Romanic) voice-overs.
* Many thanks to Levente Paal for details.

The song was originally written by Francis Cabrel (a B-side of a single released in 1986) as Il Faudra Leur Dire (cf. this Youtube clip), and adapted in English by (Ray’s longtime French girlfriend) Arlette Kotchounian. It was added as a bonus track to a (French?) (re?)release of Ray’s album My World (Disk ID: 1674286*). Ray’s original audio version, with Ray even singing a line in French, can be listened to here (and through the soundclip below).

Soundclip of the bonus track: