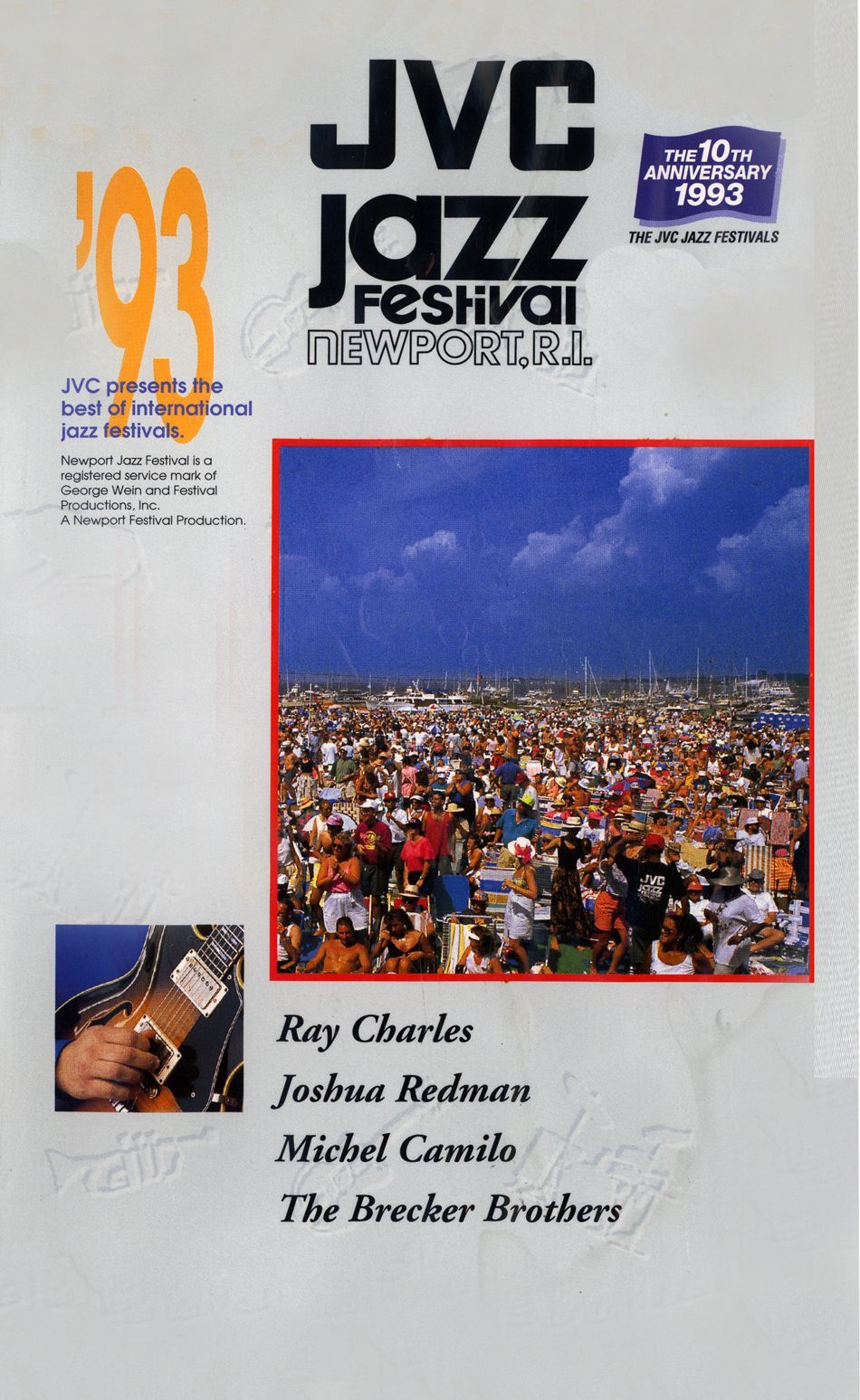 Update January 22, 2017:
ConcertVault.com has made the whole concert available. Watch it here.

*David Hoffman on the problem during his solo: “”A flugelhorn malfunction, I remember it well. The tuning slide screw, which is on the lead pipe close to the mouthpiece, somehow came loose (heat maybe?), causing the horn to come into my face. Nothing like that has happened [to me] before or since!”

As a source for new information on actual Ray Charles album or video releases it’s not that good. Worse, the endless historical variation of compilations and (re-)releases most often only contaminates my database. Debunking of some corrupt releases or corrupt descriptions of legit materials (with false or wrong titles and/or production details) in some cases has cost me hours.
Finding a genuine “new” video recording (i.e. a video of which I hadn’t found a trace in any other of my sources) of a Ray Charles concert has never happened before. But here it is.

On August 14, 1993, Ray performed at Fort Adams State Park in a program of the Newport Jazz Festival. The other featured artists were Grover Washington Jr., Horace Silver, Joshua Redman, and Michel Camilo.
JVC released a video compilation of parts of the program – with Charles, Redman and Camilo, plus (from the same stage or from another program?) a performance by The Brecker Brothers – under the title JVC Jazz Festival Newport, R.I., and subtitled The 10th Anniversary 1993 – The JVC Jazz Festivals. 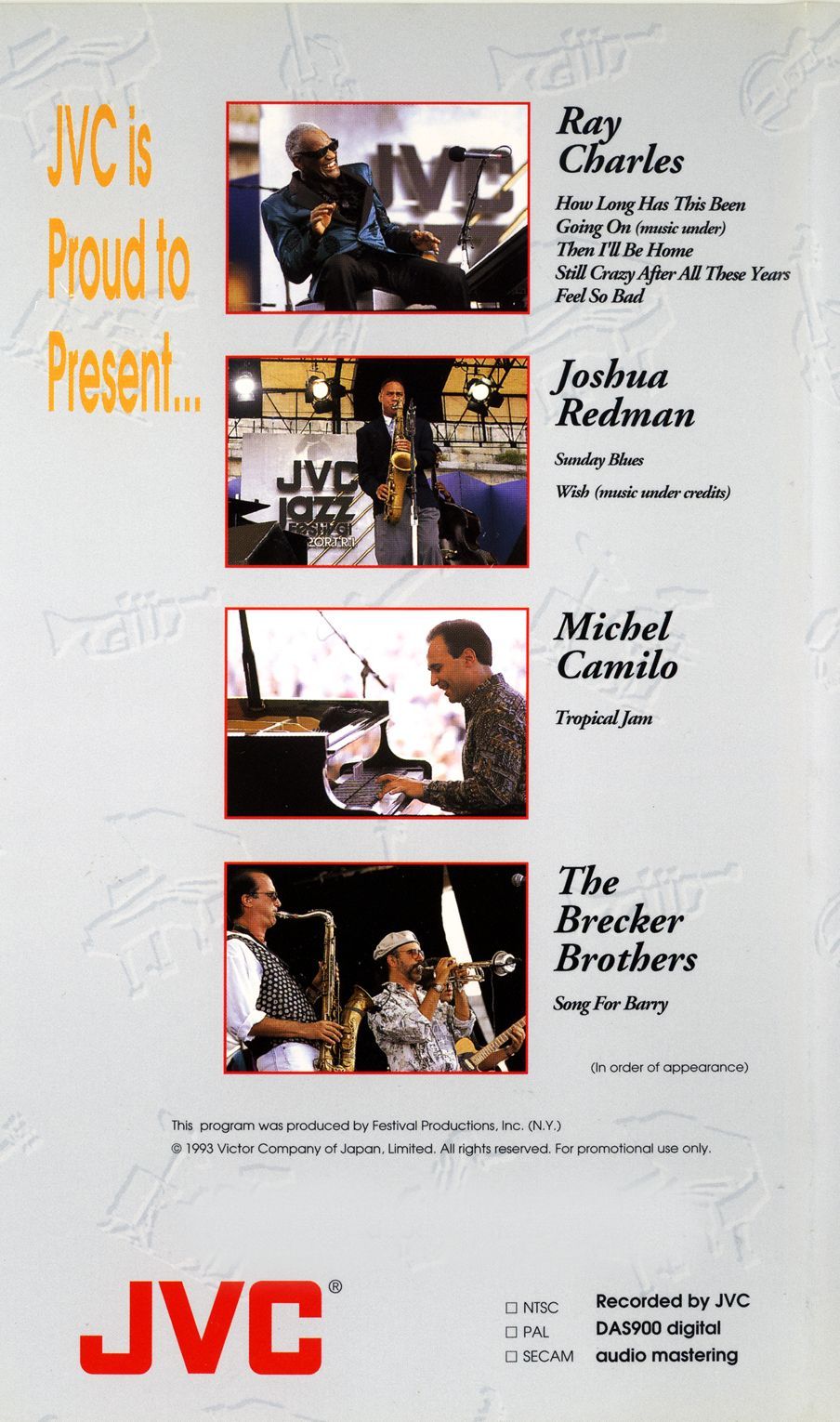 This VHS was part of a long running series of purely promotional, yearly JVC-initiated releases with the fixed catchline “JVC presents the best of international jazz festivals”. A disclaimer on the backside of the covers stipulated that “Sale of this videocassette is prohibited”.
After a quick scan of the Web, I also found editions for 1987, 1991, 1994, and 1997.

Hypothetically, the footage on the 1993 VHS could be originating from other, older concerts, but seeing the authentic-looking stage photos* and the credits on the back of the cover, my conclusion for now is that this video was indeed shot at Newport 1993.

From Ray Charles’ concert the following tunes made it to the VHS (incl. obvious corrections):

On the reproduction of the VHS cover a small unreadable text follows the title of tune #1. The correct title of #2 is Then We’ll Be Home (Sadies Tune).
The credits specify that the footage was “Recorded by JVC” and “Published by Festival Productions, Inc.”

See this insert in New York Magazine of June 14, 1993, for more information on JVC’s role in this edition of the Newport Jazz Festival.

* For further research: I found a small b/w photo that, according to its source, is associated with this same concert. On that photo Brother Ray is wearing a different suit jacket… 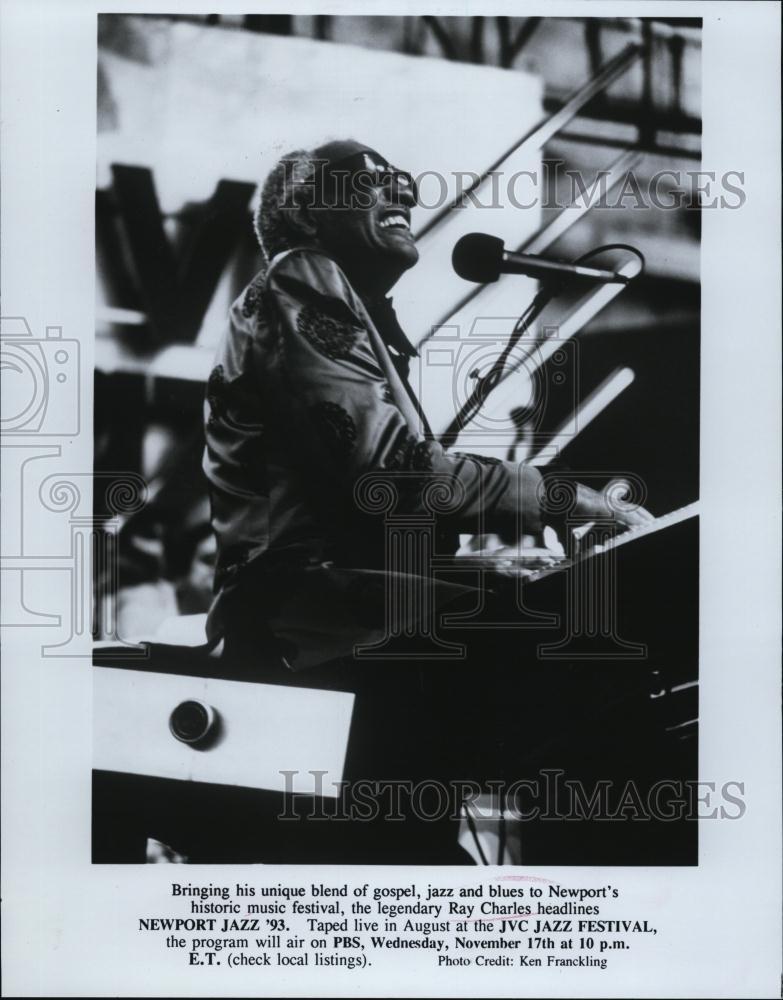 This concert was probably also broadcast by PBS. It’s not clear if the contents of the VHS came from the (complete concert’s?) taping by PBS. Trombone player Steve Sigmund remembers that “[…] ’93 was the year that our performance was taped for a PBS special in the US. I have only seen a few songs [#2, #3 and #4, BS] floating around YouTube over the years. There was a great clip of Feel So Bad where they unfortunately edited out a great guitar solo by Kenny Carr.”
I’ve watched a copy of what seems to be a separate release of Ray Charles’ part in the VHS described above, 20 minutes long, directed by Mustapha Khan, and also branded and promotionally distributed by JVC. 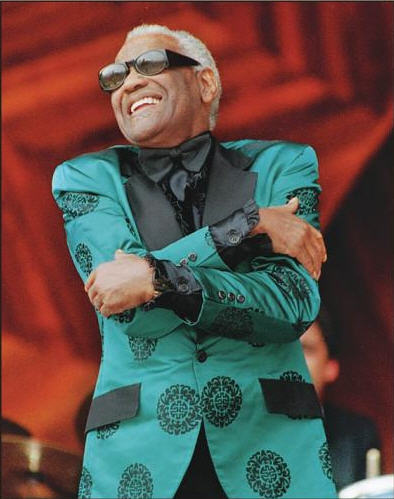 It’s titled Ray Charles – Newport Jazz ’93 – The 40th year Of The Newport Jazz Festval. It entails all four tunes mentioned above. The style was documentary, with many cross cuts from Ray & the band to audience reactions, and festival sphere shots that are strongly reminiscent to Bert Stern’s 1958 film Jazz On A Summers Day.

To add to the confusion, the same digital copy also holds (segments of) performances by other stars, at other JVC events: a concert at the Northsea Jazz Festival by the Brecker Brothers,  a performance by Michel Camilo and a song performed by Joe Williams from a show celebrating the 40th anniversary of the Newport Jazz Festival, held in a tent on the lawn of the White House, with Bill Clinton in the audience.

Then We’ll Be Home (Sadies Tune):

Still Crazy After All These Years: