The Right Time (Night Time Is –) (With Margie Hendricks) 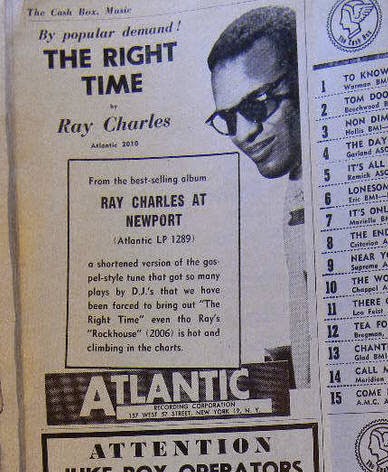 As engineer Tom Dowd later said: “This was the first duet by Ray, the first one”.