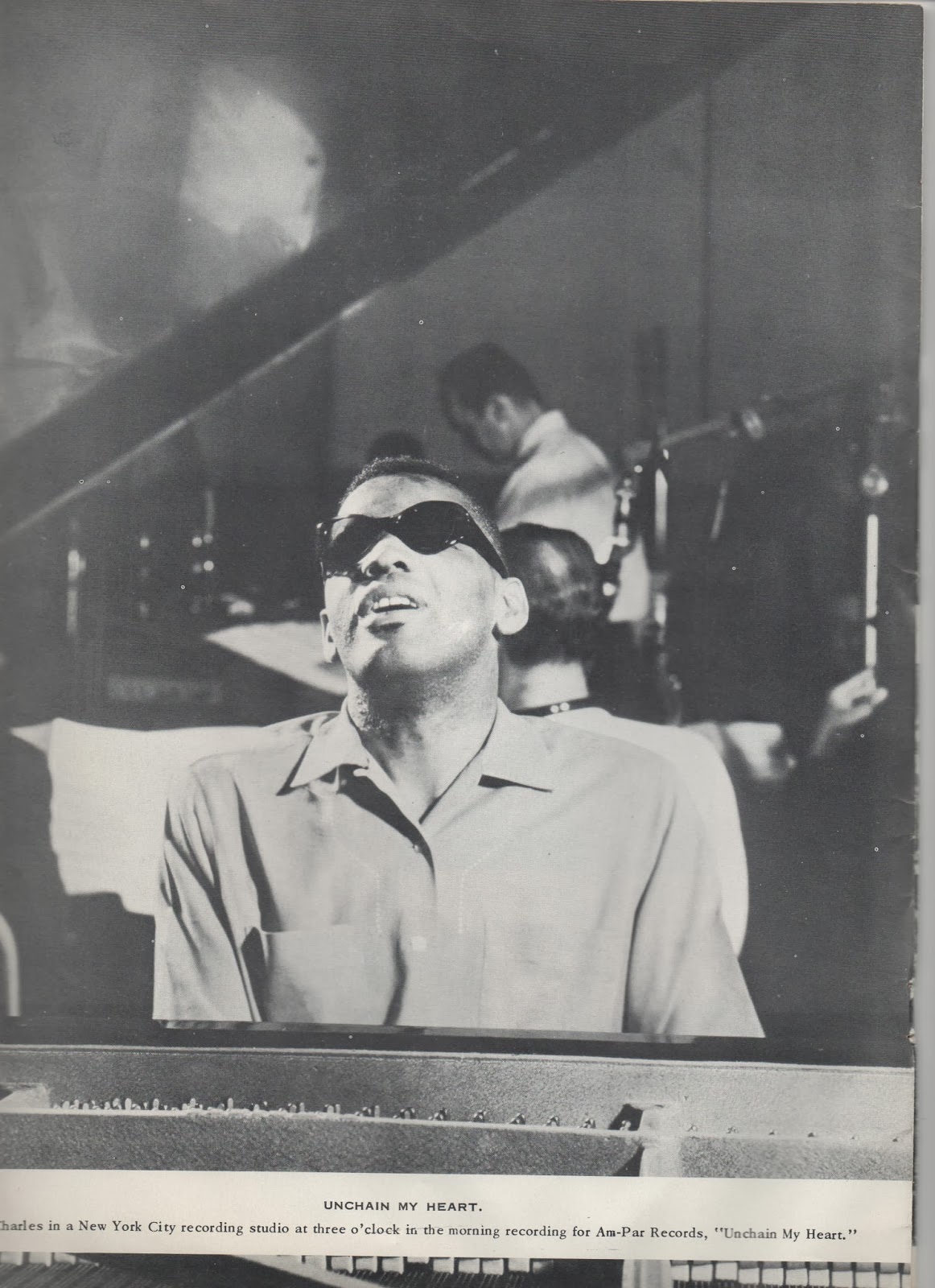 Steve Hoffman wrote that “Ray Charles recorded both Hit The Road Jack and Unchain My Heart on one 30-minute reel of tape in real ‘reel’ time. In other words, both songs finished, recorded and mixed within 1/2 hour!”
For some more fascinating insights in early 1960’s record production, also read these remarks by Hoffman.

It’s not clear to me what the recording by Take 6 had to do on Genius Loves Company (Concord, August 2004). Ray must have liked this vocalese interpretation, though.